A guest blog post by Mr. Karsten Treiber, Director Digital Finance with targens GmbH: Last summer it became public – the cooperation between Daimler and the Landesbank Baden-Württemberg (LBBW). Together the companies issued a corporate Schuldschein on the blockchain, in parallel to the classic way. Both companies have been dealing with this technology intensely and it is therefore not astonishing that both companies participate in the first Stuttgart Blockchain Hackathon as gold sponsors. This is a good reason to give a brief insight into the project.

Simply put: The loanee needs money. Investors on the other hand are interested in investing their money to achieve maximum profits. The arranger helps both parties to reach their goal as fast and uncomplicatedly as possible. The process, however takes very long, because of all the steps concerning the conclusion of contract. One reason for that is the complex negotiation, contract and signature process. All participants, which might add up to hundreds quickly, have to exchange in classic contracts for different steps via mail before the business can come about. Furthermore, all participants have to trust the arranger, because he is responsible for the correctness of the contract data as well as the pre-negotiations.

The aim of the project, that was started in January 2017, was to make the process less complex, to carry it out via blockchain and to learn from all of it.

Why take blockchain and not go the classic route?

What is the use of blockchain at that point of the process after all? This question has to be asked during the conception and creation of a use case over and over again and question its meaningfulness. The actual added value is in the fact that the technology can be seen as some sort of interface between the participants or even as a commonly used system which is run independently by each participant. The participants can afterwards carry out the connection to their inventory system on their own.

During the pilot project phase that lasted half a year Daimler and LBBW tried to find answers to these and other questions. Most of them could be answered. Others were noted as findings and will be answered in the future. Questions unanswered are mostly the ones dealing with the law that cannot be tackled by a workaround or a clean solution.

Other important topics that justify the use of blockchain are the immutability of entries and their comprehensibility as well as the knowledge on the use of distributed systems, which might in the future be able to replace inventory systems in the single companies.

When two big players join forces in order to deepen blockchain for themselves and each other, there has to be a good reason. It is clear for both of them that this technology has a big potential for the future. But it is not before the opening to and cooperation with further parties interested that the actual potential is utilized. To achieve this level the experts of both companies were put together for a collaborative project. The goal was clear: a corporate Schuldschein transaction in summer of 2017. The team had full responsibility to achieve this goal: content-related and when it came to the occupation of resources and reporting channels.
In this interdisciplinary, cross-company team that was drafted as a swarm organization even the organizations was new ground. There had not been a project like this in either company before. Daimler as well as LBBW involved their IT specialists Daimler TSS and targens into the project.

The first question the team had to face was the one what technology to choose. The question concerns the teams anew whenever they start a new project. With a technology as young as blockchain not all technological problems are solved, some of them are not even known yet. By the time six months have passed, new releases or technologies on at the market that promise to solve some more of the problems that we know of. The team then has to weigh the degree of maturity of the technology versus the disadvantages and advantages.

The bond team finally decided to take Ethereum. The visibility problems concerning bank secrecy have not been solved there, but the disruption potential a technology brings along that enables full transparency and distribution, can be judged better. Furthermore, Ethereum was by far at that point the most mature technology that allows the development of smart contracts.

In order to fulfill the legal and regulatory requirements that were mentioned above the project had to be carried out in a private chain. Despite that the project had to be as close to a public chain as possible. Therefore, each party involved in the business received a node of their on that they could work on. 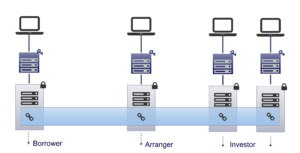 From a business perspective one of the most important aspects for the blockchain is to digitize any kind of assets. In this case it is the corporate Schuldschein itself. In order to do so, the tokenization based on the ERC20 standard was used. Each bonded loan is tokenized and depending on its size receives tokens based on the smallest denomination. The investors on the other hand then receive their respective subscribed share as tokens into their wallet. The conclusion of this is that in future a secondary downstream market is thinkable. 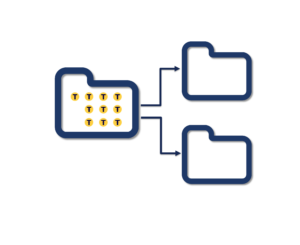 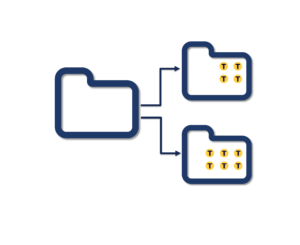 If you think that the press release dated from summer 2017 was the end of the pilot project, you are mistaken. The duration will take up most of 2018. The payment of interest of the issuer that arises from that are also included in the blockchain. Accordingly, even long-standing findings resulting from the operation of such a technology can be observed.

The pilot project has shown which great opportunities the cooperation between industry and banks can have. The location in the Southwest of Germany is pre-destined for this topic based on a strong industry and all the global companies located here. With events as the Blockchain Hackathon in Stuttgart the entire region shows that it wants to maintain and even further expand this position. The opening and exchange of companies will make the region stronger and personally I am looking forward to the numerous exciting projects in this environment and especially the Blockchain Hackathon.